The artist Philipp Geist (Berlin) shows his video installation „ Liquid Memory“ in the church ruins and in the sacristy of the former Minorite cloister in Oberwesel. In his installation Philipp Geist picks out the element water as a central theme and puts this in the immediate connection to the historical place and the Rhine Valley. Water and time are the constants in the oeuvre of Philipp Geist. He works with the media videoinstallation, audio/visual performance, painting and photography. His projects integrate space, sound and moving image.

With this installation, the artist renounces the use of canvases and projects directly onto parts of the former cloister facade, the ruins and onto fog as a transpartent and volatile projection-ground. An interaction between the concrete and tangible wall and the clear evaporating projection will bring together time and space.

Geist will exhibit his long term water-project ´Riverine Zones´ in the former sacristy. This video-space installation takes the viewer on an exploratory expedition through international rivers. The artist makes a world visible which is so near and yet so distant to us. With an underwater camera he roams through all zones of the river: the ground, the deep or shallow water and the surface. Thus originate Geist´s partly minimum-puristic, partly colour-intensive, dream-like and shadowy-breakable image compositions. Geist covers– from the water perspective– also the bank area, from which, using another English term -„riverine“- the project receives its name.

currently I'm working on projects in two amazing cities: for a St.Petersburg
museum I'm preparing a permanent outdoor-video-installation and for a
Bangkok facade I am developing a temporary video installation.
More infos about these projects later!

But first of all I'd like to invite you to the following events and exhibitons
taking place in september and october: 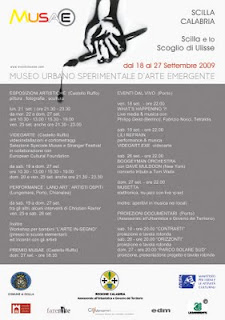